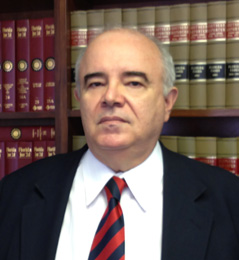 I was born in my father’s own hospital,  located in the Port City of Cienfuegos, Cuba,  on July 30th, 1949.  My father was a successful physician who had been elected as a member of the Congress of the Republic of Cuba.

Weeks after the Bay of Pigs betrayal, we had to flee or be arrested, or worse for our political and religious beliefs; my father was not allowed to leave until years later when he became terminally ill.

We arrived, my mother, sister and myself, in New York City, pennyless on June 27, 1961. After moving to Miami a few months later, I attended Riverside Elementary, Citrus Grove Junior High and Graduated from Miami Senior High on June 1968.

With the help and advice of one of my teachers, Diego Garcia, I enrolled in Miami-Dade Jr. College,  (North Campus) in the summer of 1968 from where I graduated  on May 1970, a  week after my father died.

Since age twelve, I had to work after school selling and delivering newspapers, washing dishes, bussing tables, as part time custodian of a church and then, bagging groceries and stocking shelves to make ends meet.

By the Grace of God and this Country’s Enlighten Laws, and my good grades,I was admitted to The University of Florida where I obtained a Bachelors of Arts degree  from the College of Arts and Science on June 1972.  Then,  was accepted by the Florida State University, College of Law from where, I received my Juris Doctor degree on June, 1975.

I passed the Bar Exam on my first try and was sworn in as an Attorney and CounSelor at Law on October 23, 1975 at the Dade County Auditorium.

During my last year of law school, I was fortunate to have interned full time for three months in the Office of the Public Defender for the 11th Circuit of Florida, under the Honorable Philip Hubbard and Mel Black, Esq., an experience which rounded out my legal education and most important, they inculcated  high ethical standards.

As an Legal Intern, I handled over fifty felony cases on my own and sat as second chair through three full jury trials, with Honorable  Stanford Blake,  During my last three months of Law School, I worked in the Law school’s legal aid clinic and worked in the school’s Prison Project.

Upon my return to Miami from Tallahassee, I began working with Roberto Godoy, Esq. and formed Godoy, Canton. Attorneys, the firm lasted less than a year. Then was made Managing Attorney of the Latin American Office of Legal Services of Greater Miami, Inc., for one year, this office was headed nationwide by Hillary Rothan Clinton at the time.  Then worked for three years as an Associate in a small firm.  In October 1979 I began to share space with two different group of lawyers in Miami and Coral Gables, Florida, including Jose Quinon Esq., the Honorable Rodolfo Sorondo, and Oscar Rodriguez, Esq.

On May, 1985  I opened my own office in Coral Gables:  Leonardo A. Canton. Esq. Attorney at Law.  During my legal career I have handled well over 6,000 cases. Most being claims for injuries suffered as the result of car accidents, falls, defective products and negligent security. I also have in the past handled divorces, commercial disputes, defense of felony charges, misdemeanors charges, DUIs charges, drug offenses, homicides. Lately I been handling Civil Rights cases, discrimination, mortgage fore closure defense and credit card abuse charges.

I have been lead counsel in fifty three jury trials, in state court involving vehicular accidents, slip and falls, business disputes, including three in trials to verdict in Federal court and one in the State of Georgia.

Also have participated in over one hundred bench trials and contested hearings and handled at least thirty appeals in state and federal courts, some as co-counsel.

I am the lawyer who in 2010 sued Venezuela, PDVSA (the oil company) and Cuba for Human Rights Violations inflicted upon 36 Cuban Doctors and other Health Care Providers whose slave labor was compelled in the “BARRIO ADENTRO”, Communist Plot.

During my career I had the privilege of representing several prominent entertainers and local television personalities including Julio Sabala, Enrique Patterson and Funkshion, amongst others.

My goal is to provide the best legal representation and legal protections to all my clients; which has been my life’s work, as the result of the opportunities provided to all by the LAWS of this GREAT COUNTRY, our United States of America.

In my spare time I have written two novels, “Miami Crooks” , and “Armageddon Interrupted” , works I hope to have published soon. I used to sail, now I just run power boats as the result of injuries and age. I still enjoy fishing, hunting, shooting, dancing, reading and video games.

My greatest wish and desire is to be able to work for many more years for the benefit of all who have put their trust and well being on my proven professional abilities.